The late 1950's and 1960's have seen the advent of the concept of Plate Tectonics which is now generally accepted and appears to explain neatly a vast range of geological phenomena of the past and the present. In this framework, volcanism is basically associated with three tectonic processes:

Subduction. Where the margins of two lithospheric plates - one oceanic, the other continental - collide, the denser, oceanic plate is thrust (=subducted) under the lighter continental one. Magmas are generated by the partial melting of subducted oceanic lithosphere (that is, the rigid outer stratum of the globe), which consists of basalt covered by mainly silicic sediments (which contain large quantities of water), and the resulting magmas have a high silica content because much of the melt is constituted by the sediments. Almost all volcanoes around the Pacific Ocean (the so-called 'Ring of Fire') are the result of subduction processes, and their activity is highly explosive.
Rifting. This occurs in areas where the Earth's crust is torn apart, allowing magma to rise to the surface. Most of this activity occurs in the ocean basins, the most famous example being the Middle Atlantic Ridge where two lithospheric plates are 'drifting' apart, and new crust is formed by the emission of basaltic magmas. Only in a few places, mainly Iceland and the Afar region in northeastern Africa, rifting, which generates oceanic lithosphere, is occurring on land.

Hot Spots. In various places on Earth magma is rising from the Upper Mantle to the surface where there are no plate boundaries (like in the previous two cases), and magmatism of this type is called 'intraplate magmatism'. The places where this occurs are known as 'hot spots' which appear to occupy relatively fixed positions in space while lithospheric plates move across them. Magma is being fed by so-called mantle plumes. The result is a long-lived volcanism which often builds a chain of volcanoes which become progressively older with distance from the active hot spot. Volcanoes related to this type of process occur both on oceanic and continental lithosphere. The most famous examples are the Hawaiian islands, with the currently active volcanoes of Mauna Loa, Kilauea, and Loihi.
Etna apparently does not fit into any of these tectonic settings. Subduction is believed to have contributed to the volcanic activity in the Aeolian Islands, off the northern coast of Sicily, but recently proposed hypotheses envisage a peculiar type of rifting as another factor acting simultaneously in the same area. Etna is not directly related to the Aeolian volcanism. To understand what may be the reason for the long-lived and voluminous

volcanic activity at Etna, one has to get familar with the complicated structural situation of the area, and in the following I will try to render an idea as comprehensive as possible of that situation.The following text (from Behncke 2001) is a modified excerpt from the book 'The Southern Appennines: Anatomy of an Orogen' (edited by G. Vai and P. Martini) which was published by Kluwer Academic Press in late 2001.

'Etna, Europe's highest (3310 m as of early 2002) and most active volcano, lies in a structurally highly complex, and not yet fully understood, setting which is reflected in the abundance and variety of - often controversial - models proposed for the volcano and its tectonic environment. Recently proposed hypotheses envisage as critical factors facilitating the uprise and eruption of magma: (1) dislocation between the 'Malta-Sicilian block' and the Ionian basin (Gillot et al. 1994) in the framework of an asymmetric rifting process (Continisio et al. 1997); (2) extensional tectonics leading to the formation of a graben in the Catania Plain (Di Geronimo et al. 1978); (3) location of Etna at the intersection of a number of major structural lineaments (the most important being the Malta Escarpment and the Messina-Giardini fault zone; McGuire et al. 1997); (4) dilatational strain on the footwall of an east-facing normal fault in the Siculo-Calabrian rift zonewhere WNW-ESE-directed regional extension takes place (Monaco et al. 1997); (5) a hot spot (Tanguy et al. 1997; Schiano et al. 2001); (6) rollback of the lithospheric slab that is subducted below the Tyrrhenian Sea (Gvirtzman and Nur 1999) or magma ascent through a 'slab window' (Doglioni et al. 2001). On the other hand, Lanzafame et al. (1997) postulate N-S-directed compressional tectonics affecting the southern part of Etna. This picture is further complicated by the effects of the presence of the voluminous Etnean edifice on the regional stress field, exerted both by the load of the volcano and by the movement of magma below and within it. Thus, volcanism and tectonics at Etna are clearly interacting, although the problem of cause and effect remains to be solved.'Activity in the Etnean area began about 0.5 Ma (million years) ago with the emission of tholeiitic magmas in a submarine and coastal environment that crop out on the coast to the north of Catania (Acicastello, Acitrezza) and was followed at around 0.3 Ma by another episode of tholeiitic volcanism in the SW sector of Etna. Beginning about 170 ka (thousand years) ago, mafic alkaline magmas were emitted to form several eruptive centers (Ancient Alkalic Centers; Romano 1982) and possibly the first major Etnean edifice (Ancient Etna of Gillot et al. 1994, including the Calanna and Trifoglietto I centers) before the magmas became more evolved, leading to more explosive volcanism and the construction of a succession of volcanic edifices with alternating pyroclastic and effusive products, which has been comprehensively named Trifoglietto. 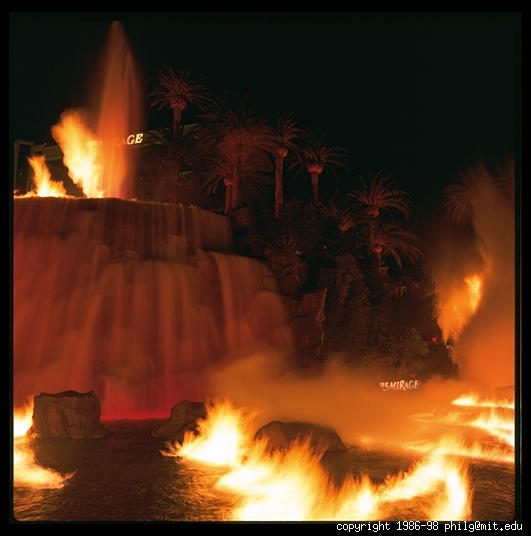 The major eruptive centers of this unit are Trifoglietto II, Vavalaci and Cuvigghiuni (Gillot et al. 1994). 'Another series of major volcanic edifices grew, and partially were destroyed, by caldera collapse, during the Mongibello stage which is commonly subdivided into the Ancient and Recent Mongibello. The earlier includes the Ellittico and Leone volcanic centers and formation of the homonymous calderas, and eruption of the most evolved (trachytic) magmas during the history of Etna, while the latter comprises the construction of the modern summit cone which was interrupted at least once by caldera collapse (Piano caldera, about 2 ka). The result of this eventful history is a highly complex edifice whose morphology is that of an asymmetric shield volcano topped by a stratocone and whose eastern flank hosts the Valle del Bove, a vast caldera depression formed during successive collapse events beginning during the late Trifoglietto stage and continuing through the Holocene. Much of the stratigraphic information regarding the growth of the various eruptive centers has in fact been gained from the walls of the Valle del Bove.'